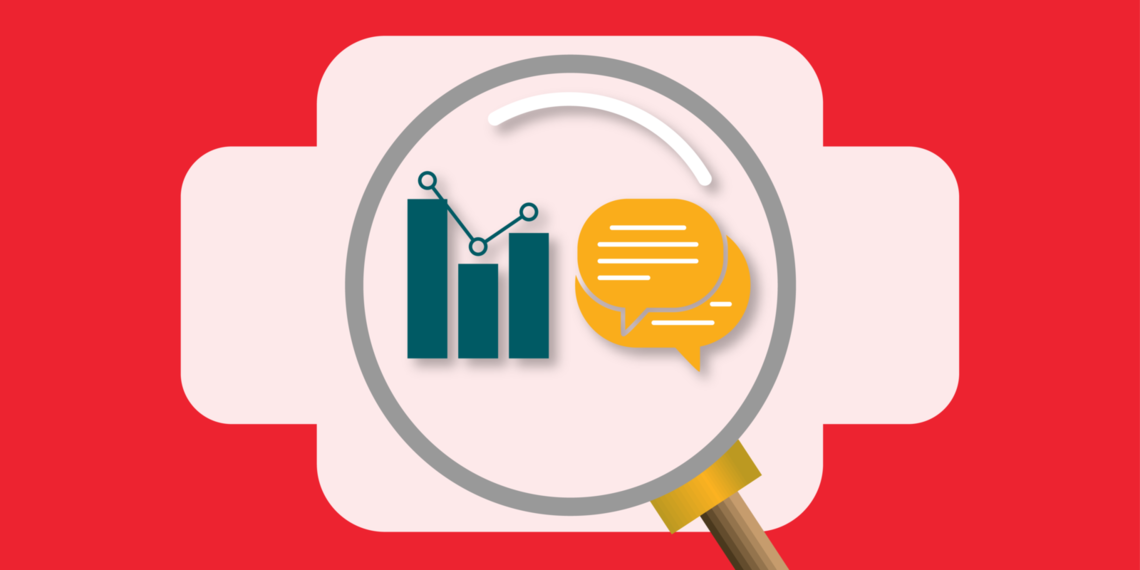 Differentiate between qualitative and quantitative approaches.

Hong is a physical therapist who teaches injury assessment classes at the University of Utah. With the recent change to online for the remainder of the semester, Hong is interested in the impact on students’ skills acquisition for injury assessment. He wants to utilize both quantitative and qualitative approaches—he plans to compare previous student test scores to current student test scores. He also plans to interview current students about their experiences practicing injury assessment skills virtually. What specific study design methods will Hong use?

Making sense of the evidence

hen conducting a literature search and reviewing research articles, it is important to have a general understanding of the types of research and data you anticipate from different types of studies.

In this article, we review two broad categories of study methods, quantitative and qualitative, and discuss some of their subtypes, or designs, and the type of data that they generate.

Quantitative is measurable. It is often associated with a more traditional scientific method of gathering data in an organized, objective manner so that findings can be generalized to other persons or populations. Quantitative designs are based on probabilities or likelihood—it utilizes ‘p’ values, power analysis, and other scientific methods to ensure the rigor and reproducibility of the results to other populations. Quantitative designs can be experimental, quasi-experimental, descriptive, or correlational.

Quantitative designs typically fall into four categories: experimental, quasi-experimental, descriptive, or correlational. Let’s talk about these different types. But before we begin, we need to briefly review the difference between independent and dependent variables.

The independent variable is the variable that is being manipulated, or the one that varies. It is sometimes called the ‘predictor’ or ‘treatment’ variable.

In experimental designs, there are often treatment groups and control groups. This study design looks for cause and effect (if A, then B), so it requires having control over at least one of the independent, or treatment variables. Experimental design administers the treatment to some of the subjects (called the ‘experimental group’) and not to others (called the ‘control group’). Subjects are randomly assigned—meaning that they would have an equal chance of being assigned to the control group or the experimental group. This is the strongest design for testing cause and effect relationships because randomization reduces bias. In fact, most researchers believe that a randomized controlled trail is the only kind of research study where we can infer cause (if A, then B). The difficulty with a randomized controlled trial is that the results may not be generalizable in all circumstances with all patient populations, so as with any research study, you need to consider the application of the findings to your patients in your setting.

Quasi-Experimental studies also seek to identify a cause and effect (causal) relationship, although they are less powerful than experimental designs. This is because they lack one or more characteristics of a true experiment. For instance, they may not include random assignment or they may not have a control group. As is often the case in the ‘real world’, clinical care variables often cannot be controlled due to ethical, practical, or fiscal concerns. So, the quasi experimental approach is utilized when a randomized controlled trial is not possible. For example, if it was found that the new treatment stopped disease progression, it would no longer be ethical to withhold it from others by establishing a control group.

Descriptive studies give us an accurate account of the characteristics of a particular situation or group. They are often used to determine how often something occurs, the likelihood of something occurring, or to provide a way to categorize information. For example, let’s say we wanted to look at the visiting policy in the ICU and describe how implementing an open-visiting policy affected nurse satisfaction. We could use a research tool, such as a Likert scale (5 = very satisfied and 1 = very dissatisfied), to help us gain an understanding of how satisfied nurses are as a group with this policy.

In this approach, we want to understand and describe the lived experience or meaning of persons with a particular condition or situation. For example, phenomenological questions might ask “What is it like for an adolescent to have a younger sibling with a terminal illness?” or “What is the lived experience of caring for an older house-bound dependent parent?”

Ethnographic studies focus on the culture of a group of people. The assumption behind ethnographies is that groups of individuals evolve into a kind of ‘culture’ that guides the way members of that culture or group view the world. In this kind of study, the research focuses on participant observation, where the researcher becomes an active participant in that culture to understand its experiences. For example, nursing could be considered a professional culture, and the unit of a hospital can be viewed as a subculture. One example specific to nursing culture was a study done in 2006 by Deitrick and colleagues. They used ethnographic methods to examine problems related to answering patient call lights on one medical surgical inpatient unit. The single nursing unit was the ‘culture’ under study.

Being able to identify the differences between qualitative and quantitative research and becoming familiar with the subtypes of each can make a literature search a little less daunting.

This article originally appeared July 2, 2020. It was updated to reflect current practice on March 21, 2021.