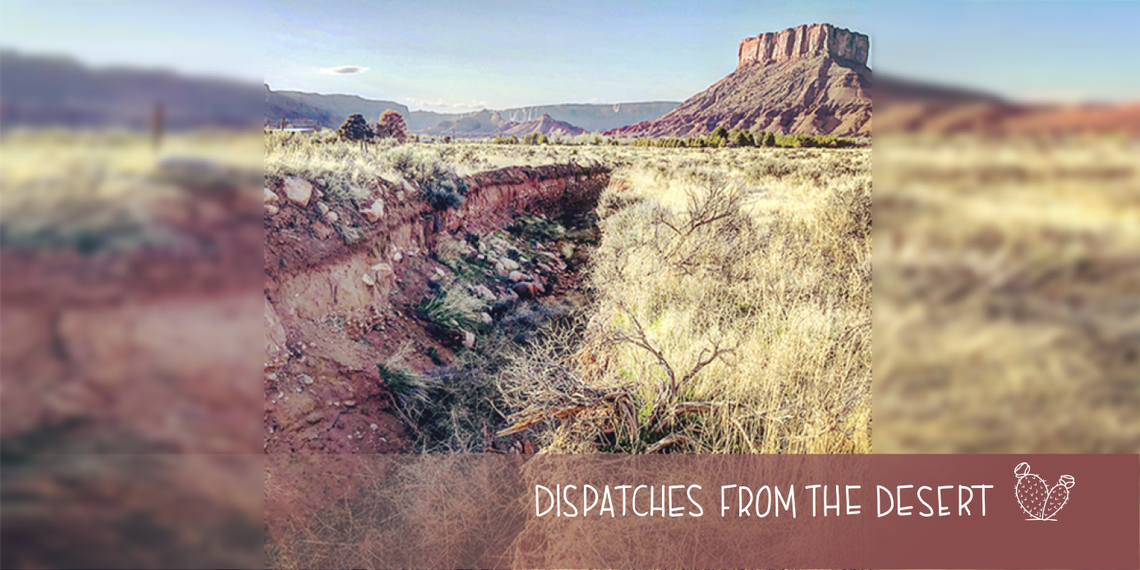 pril Fool’s Day is among my favorite holidays. I love pulling pranks on the people closest to me. I’m afraid whatever I tried this year, however, would only result in a shrug.

Right now, we’ll believe anything because the unimaginable is becoming the norm: An earthquake in Utah shakes the trumpet out of Angel Moroni’s hand atop the Mormon Temple. This is followed by 500 aftershocks. Another earthquake in Idaho makes waves on thawing mountain lakes. A rogue tornado rocked the city of Nashville killing 24 people. And the United States now has over 200,000 confirmed cases of coronavirus (as of 4/1/20). It would be in bad form to play a joke on anyone today. We are raw and tense. Pestilence is expected to follow plagues. And so I will wait expecting the unexpected and when it comes I will be ready.

Here’s a joy, not a joke: We saw our first robin this morning, a flash of red shimmering in sunlight.

The black-backed bird with a crimson breast I once thought too common for excitement, now thrills me.

A spring of robins returns once again to our home – in celebration, Brooke and I walk toward Round Mountain, an ancient volcanic plug that stands in the heart of Castle Valley. We want to see if other robins are migrating up toward the LaSal Mountains. Instead, we find family groupings of mule deer and the occasional antelope squirrel skittering up the wash.

I like this walk because the trail is the dry streambed of Placer Creek littered with river cobbles – white, gray, pink, yellow – we follow a pastel mosaic of stones.

A few years back, a flash flood roared through our community. It came like a train in the middle of the night barreling toward our house. I was home alone with our basenji Rio. The noise woke us up. We walked outside to a raging river maybe ten meters from our house. We ran up to the berm and for as far as we could see, the desert had become a vast lake rippling in moonlight. But to the east of us, the flood was being funneled with great velocity into the streambed of Placer Creek, its raging torrent was carving into the sandstone bank less than ten meters away.

Adrenaline saturated my body. Rio never left my side. I picked him up and held him not for his sake, but mine.

We watched the flood carry boulders the size of small cars downriver. Uprooted cottonwood trees raced past us. As the flood deepened and widened the arroyo, awe turned to fear, and we ran back to the house. The growing flash flood might hit our home, gutting it by the force of its water. I called and neighbors from down valley came and began filling sandbags in the dark. We quickly realized that the water would have its way. We could do nothing but stand at a safe distance and watch.

The raging water began to slow, the torrent became a river, shrinking to a stream as we witnessed in moonlight the steep chasm that had been created in minutes. By then, only standing water remained, a mirror stretched across the valley reflecting a night sky of stars.

Today, there is no evidence of that flash flood, except the eroding cut in the arroyo, now filled with tumble weeds and a scattering of bleached bones. Disasters live on in the minds of those who survive them.

It’s not often you get to see the makings of the ground beneath your feet.

Walking this morning, I noticed with particular attention the exposed roots and river cobbles protruding from the twelve-foot banks on either side of me, a stratigraphy of stories read by those who witnessed the night when Placer Creek roared and we yielded to the force of water.

Terry Tempest Williams is a writer, naturalist, activist, educator—and patient. In this sixth “Dispatch from the Desert,” Terry reflects on triage, triangles, and how service brings purpose to our lives.

Terry Tempest Williams is a writer, naturalist, activist, educator—and patient. In this fourth “Dispatch from the Desert,” Terry shares the work of theologians Stephanie Paulsell and Howard Thurman and describes another kind of contagion: human dignity.

Terry Tempest Williams is a writer, naturalist, activist, educator—and patient. In this fifth “Dispatch from the Desert,” Terry reflects on the interconnectedness of planetary health, the nature around us, and the disease we’re facing.