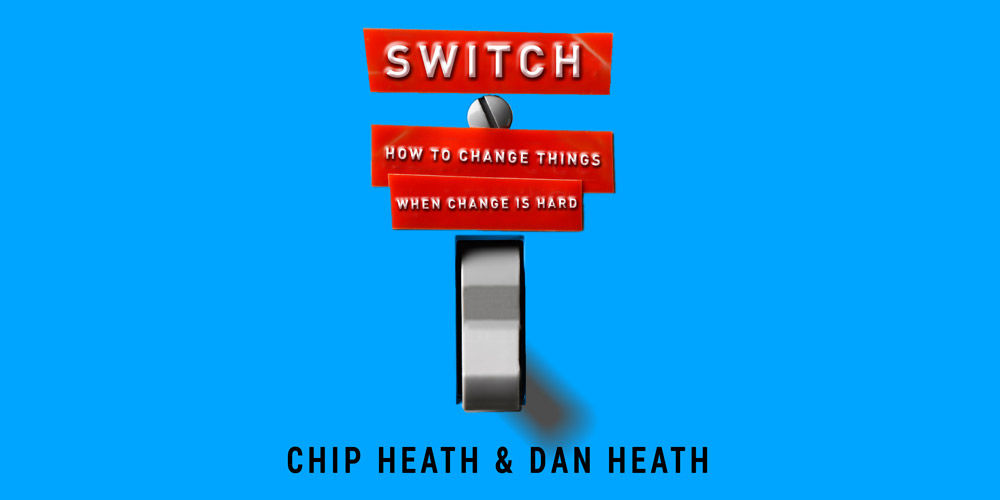 What I'm Reading: 3 Tips For Changing Culture
As Utah’s first graduate medical director of quality and safety, hospitalist Ryan Murphy has a big job: prepare physicians to transform health care. Like any good student, Murphy hit the books to understand how to lead this tall order. Here he shares three insights from one of his favorite leadership books.
Ryan Murphy

Four strategies for motivating your team.

Podcast for inspiration on leading change.

For the Time Starved:

witch: How to Change Things When Change is Hard, written by Chip and Dan Heath, is one of my favorite leadership books because the tactics can be used by anyone, not just formal leaders. The tactics to lead change are accessible, which is important because I’ve realized that the skills I learned in my medical training are not the same skills to lead and change an organization. As physicians, we’re trained to be problem solvers. But you can’t rely on the scientific method to teach you how to be a leader. It can help – over time one can build a body a knowledge by reading or learning from others. But leadership is really an applied skill.

When I first started leading the graduate medical education (GME) Value Council, I didn’t know how to lead a committee. I would feel the same sense of anxiety that I felt as a medical student when someone would put me on the spot and ask me what antibiotic I should use. Over time I learned how to get better. Application is how you learn the skills you need to lead.

Here are three lessons from Switch that resonated with me as I applied them in my work:

#1 Do you have an elephant, a rider or a path problem?

This book builds on a great visual metaphor: the elephant, the rider, and the path. Jonathan Haidt, an NYU psychologist described our intellect and our emotions as the rider and the elephant. The elephant represents our emotions, and the rider represents our rational mind. Change happens when the elephant and the rider (the heart and the mind) are moving in the same direction. When thinking about change, it’s important to also think about the environment, or what Haidt calls the path. Is the environment preventing people from changing?

Each component of the elephant and rider metaphor can be addressed with specific tools. Picking the right tool depends on deeply understanding whether you have an elephant (emotional), a rider (rational), or a path (environmental) problem. For example, I lead the GME Value Council. When we first started, I discovered immediately that everyone is committed on an emotional level. We’re aligned on purpose. The council is a group of people that have chosen to devote their time to this effort and they all feel a sense of purpose in improving education. But, I realized after reading this book that we had a rider problem. We didn’t have enough concrete information or data about what to do or where to start.

When thinking through a change, I’ve often found myself in meetings characterized by over-analysis. This is a rider problem. One tactic that the authors suggest is to look for the bright spots. Look to areas where it’s working right. Emulate that.

Emulating others feels counterintuitive to us as physicians, because we want everything to be “evidence-based.” But not everything can be evidence-based. Subjective problems aren’t always amenable to objective study. You’re never going to get something that’s completely fool-proof (even in medicine). Using rapid-cycle improvement lets you test something and then change if it’s not working.

#3 For elephant problems–shrink the change

Chip and Dan Heath, the Switch authors (and recent Nobel prize winning economist Richard Thaler) reveal that we’re not as rational as we would like to believe.

Switch tells us that we think we make decisions like this:

People think they make rational decisions. But often they make emotional decisions and then justify their actions with reason. Physicians like to think of themselves as rational, but that’s not always the case. We’re emotional. If people are resistant to change, its often a problem of the elephant.

One of the tactics suggested by the authors is what they call “shrink the change,” or what we call scope. Can we just complete one step or just change one behavior? Starting small and then completing that step feels doable. Changing an entire system feels like paralysis. Start where you have influence.

This quote resonated with me: “Trying to fight inertia and indifference with analytical arguments is like tossing a fire extinguisher to someone who is drowning. The solution doesn’t match the problem.” It’s inspired me to use less analytical arguments and broaden how I approach change.

Ari Weinzweig, CEO and cofounder of Zingerman’s gourmet food company, spoke at U of U Heath’s Leadership Development Institute (LDI) this past March. Weinzweig argues the power of belief – and our individual ability and freedom change our beliefs – is the answer to unlocking our personal and organizational potential.

Claire Ciarkowski is on a journey to reduce unnecessary labs for inpatients at University of Utah Health. As a junior faculty member, she volunteered to work on the project when it didn’t sound exciting. But she is changing culture by asking the hard questions and delivering better care to patients at a lower cost. Accelerate’s Mari Ransco asked what she has learned.

Invest In Your Team: Listening and Storytelling
Ryan VanderWerff | 3 minutes

University of Utah Health was an early adopter of bundled payments. Accelerate’s Mari Ransco sat down with Ryan VanderWerff, one of the first in our health system to participate in payment innovation, to learn firsthand what it takes to lead a team in turbulent times.