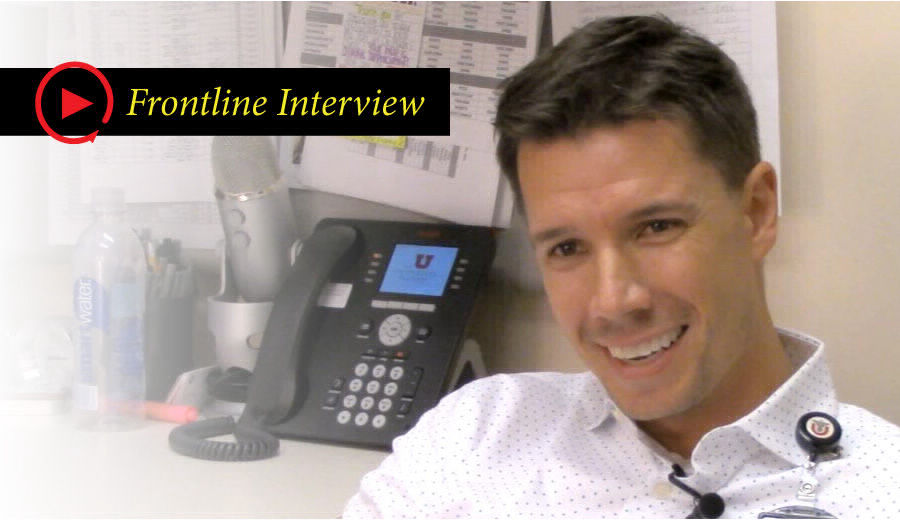 Invest In Your Team: Listening and Storytelling
University of Utah Health was an early adopter of bundled payments. Accelerate’s Mari Ransco sat down with Ryan VanderWerff, one of the first in our health system to participate in payment innovation, to learn firsthand what it takes to lead a team in turbulent times.
Ryan VanderWerff

Teaming, a concept coined by Amy Edmondson, “involves coordinating and collaborating without the benefit of stable team structures, because many operations like hospitals ...require a level of staffing flexibility that makes stable team composition rare.”

This HBR article provides three pillars of a teaming culture.

hange is exhausting. When Administrative Director of Orthopedics Ryan VanderWerff was tasked to help lead the Bundled Payment Care Initiative, Model 2 (BPCI-2), it meant not only adjusting to the new payment model, but also adopting new processes that required coordination, and of course, more work. What did he find? By listening and engaging his team in the process, he invested in strong relationships that can withstand the hard work of change.

#1: Listen and explain (no jargon allowed)

When we first began to have meetings about bundle, staff would come to my office with a lot of questions. There was a lot of one-on-one coaching to help them understand the big picture—a lot of heart to hearts. They were concerned that the changes meant trying to cut corners. They were concerned about the patients. I had to teach them what it all meant and operational jargon doesn’t work. Finding ways to tell stories about how it was supposed to play out required a big investment from administration.

We would spend hours. Sometimes two hour conversations. You have to invest in the discussions and in the context. I had to explain it using these keywords: we’re trying to create alignment, we’re trying to be more efficient, we’re trying to scale, and create value. A lot of that stuff requires a lot of repetition and explanation. We want to send patients home, yes—to save money—we can’t deny that. But there’s also an outcome feature to that.

It’s worth investing in those conversations because they’ve got to be on board. And I will say, having everybody on the same page is crucial. People in the clinic, people over on the OTSS on the main (Orthopaedic Trauma and Specialty Services Unit), people in case management, we’ve all got to be saying the same thing. Otherwise it drives patients crazy. And in order for everyone to do that, they have to buy into it.

Sharing stories and anecdotes, for those that are having a hard time. Talk to them. Help them understand. This is a huge change in what we traditionally do.

#2: Use data as feedback

The whole exercise of change is totally exhausting. Not just the work but the mental and social work with the patients. Someone who came in for their left knee last year and now comes in this year for their right—and everything has changed. Coping with change and the new processes is hard.

Part of that was that we had to train our joint staff to start making all these phone calls to follow-up with patients—and it’s just more work. But what made it worth it for them—and it’s really cool actually—is when we would share the outcomes data with them. They would get comments from the patients saying, “this is the most amazing system…” We get comments like that all the time. But you don’t get that until you’ve implemented the system improvement. From administration, it takes a lot of cheerleading and coaching to say, “I know this is tough, but we’re going to make it.” And again, it kind of goes back to that investment. I’ve had staff come into my office and say, “Ryan, I don’t understand this.” Or “Ryan, I’m exhausted.” You have to invest the time in reenergizing them and reaffirming that we’re on the right track. We’re doing this for the right reasons.

#3: Use the value equation

The value equation is a great way to keep it in perspective, because it’s not just the money. It’s not just the dollars and savings. It’s related to the patient experience and the outcome. Those go hand in hand. Even though the financial alignment is a big piece of bundled care, it means nothing unless you have increased patient satisfaction or a better outcome. And that’s exactly what we got. We yielded tremendous cost savings along with better outcomes. Our readmission rates dropped. And once the staff saw that, everyone was totally on board. It’s not even a question.

This article is an excerpt of the larger interview with Ryan VanderWerff. Access the complete article here.

Rounding–the act of connecting with patients and staff–is a leadership best practice. While few find rounding easy to start, those who master it are hooked. It is a daily habit that improves patient care, experience and engages the team. Susan Clark and her medical director, Dr. Dana DeWitt, have taken the practice one step further by rounding together as a leadership dyad, resulting in a more connected and authentic team.

Start with "Why"
Mari Ransco | 1 minute

We begin every Accelerate interview by asking about a person’s intrinsic motivation to work in health care, lead a team, or make a change. In other words, we always start with “why.”

Ari Weinzweig, CEO and cofounder of Zingerman’s gourmet food company, spoke at U of U Heath’s Leadership Development Institute (LDI) this past March. Weinzweig argues the power of belief – and our individual ability and freedom change our beliefs – is the answer to unlocking our personal and organizational potential.