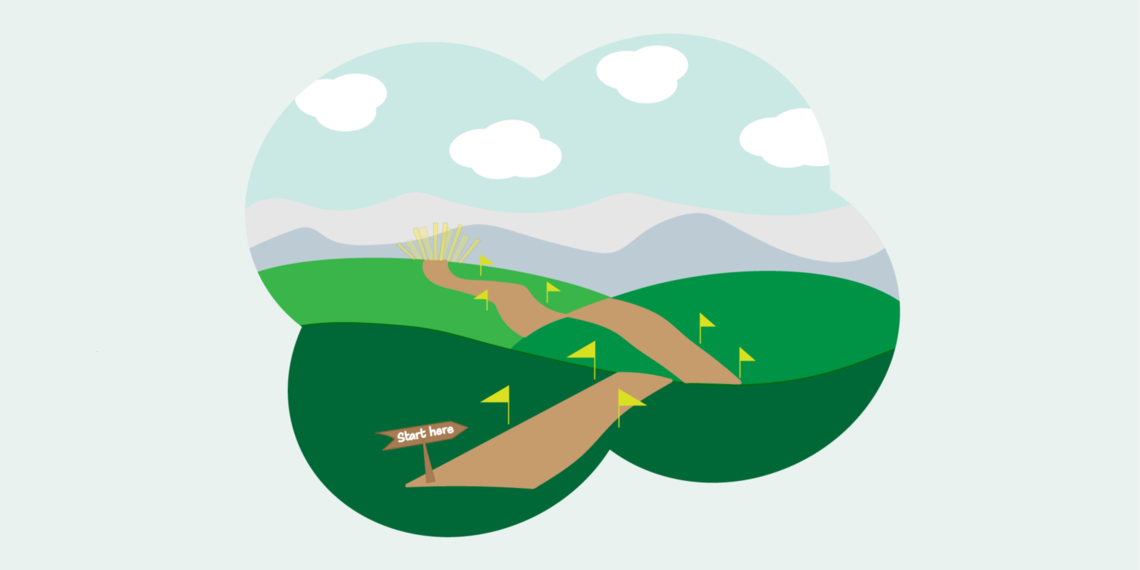 he pursuit of nursing excellence at U of U Health is not new. What is new is our tactical approach. Our Chief Nursing Officer Tracey Nixon recently affirmed our commitment to pursue Magnet designation. The leaders of our organization have committed to formally support the implementation of the American Nurse’s Credentialing Center’s (ANCC) evidence-based model to guide the development of a culture that empowers nurses across our organization to meet their true potential and lead the future of health care change.

Magnet Designation is a global recognition awarded through the ANCC. It’s the highest nursing designation that health care organizations can achieve. Holding Magnet accreditation will communicate to the public that U of U Health meets the highest standards for evidence-based practice and creates the most optimal work environment for nurses. Structures and processes are established that allow nurses at every level and in every corner across the organization to be seen, heard and involved. Nurses will determine the standards of their practice and lead efforts and initiatives for innovation and improvement.

Since the Magnet Recognition Program was established in 1990, exceptional health care organizations around the world strive to achieve and maintain Magnet status. Why? Because it yields positive system-wide effects and optimal patient outcomes. 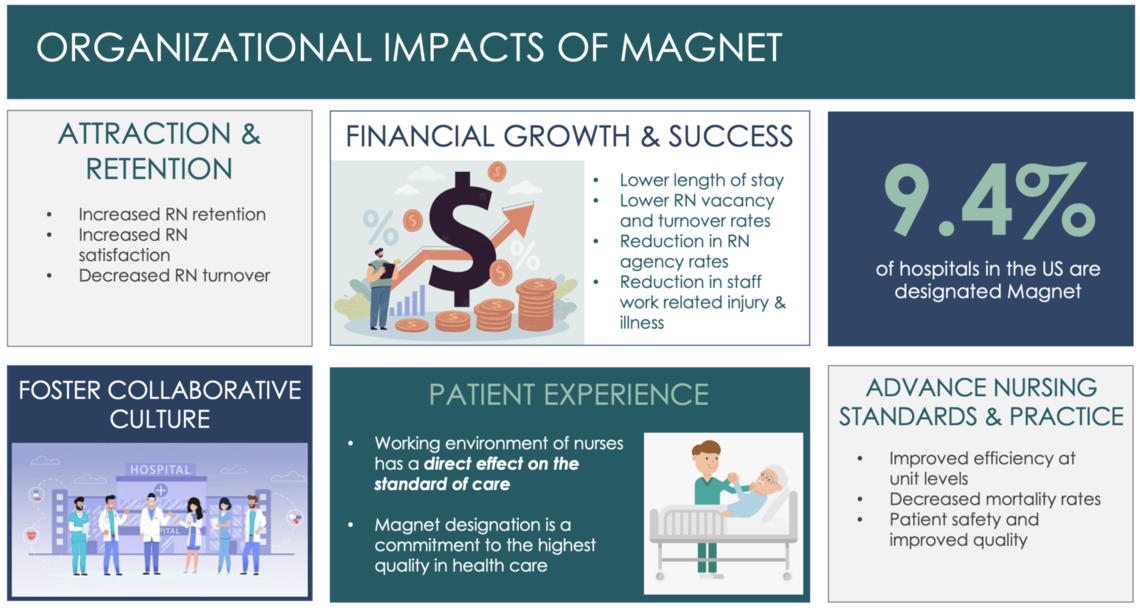 Although we strive to achieve this prestigious designation, it’s not just about the status or the prize. What’s most meaningful is the transformative journey the organization takes to reach that goal. As we develop the structures and processes outlined by the Magnet model, we create a system culture that exemplifies empowerment, professional development, collaboration, and innovation.

How long does it take?

Achieving a sustainable culture of excellence is no easy task. It’s never instantaneous or even something you can expedite. That’s why the ANCC refers to this process as the "Magnet journey."

Over the next four+ years, we will work methodically to ensure we have strong foundational structures and efficient, meaningful processes. We will create an environment where employees are informed, engaged and empowered. Our efforts should be intentional, purposeful and rewarding. We will proceed thoughtfully and strategically with care and consideration of our current work climate and the impact of a lingering global pandemic and accompanying workplace turbulence.

We’ve been through a lot as an organization these past several years. Magnet provides a foundation to stabilize our work environment and elevate our teams. By implementing a model that promotes nursing excellence, we bring repair to weakened structures and processes, validate and reinforce current ones that work well, and introduce new ones that will further support best practice, an empowered workforce and optimal patient outcomes.

How does it all work? Magnet Model Overview

The Magnet model is made up of 4 interrelated components and unified with "empirical outcomes." By focusing on these and the requirements within each, we have the ultimate guide so that together we can develop, promote and sustain nursing excellence.

In addition to ample executive support for this journey, we also have a dedicated team of experts to guide you each step of the way. In my role as Magnet Program Director, I am joined by Shay Taylor, our experienced Magnet Coordinator. Over the next several years we will introduce key concepts, provide formal trainings, and unpack the complexity one small step at a time. As nurse leaders with a combined 50 years of experience nursing at U of U Health, we are excited to be your guides in pursuit of nursing excellence.

Originally from Canada, Gigi completed her BSN at University of Alberta in 1992, and began her career at University of Utah Health shortly after as an oncology nurse. After 16 years at the bedside, she led development of the Oncology Residency Program while pursuing her Master's in Nursing Education. Before becoming the Magnet Program Director, she managed Huntsman Cancer Institute's Clinical Staff Education for 8 years. Gigi is proud to lead the pursuit of nursing excellence at University of Utah Health, where she has been committed to for the last 30 years.

Shared governance is a decision-making model designed to empower the people who care for patients. Chief Nursing Officer Tracey Nixon explains what it is, how it impacts you, and what to expect in the coming months.

When we talk about being patient-centered, systems thinkers, and engaged experts, nurse leader rounding checks every box. It fosters meaningful connection, deepens our understanding of our patients' experiences, and by sharing what we learn, Nurse Leader Rounding can help us improve as a system. Initiative co-sponsors Tracey Nixon and Mari Ransco outline what’s to come for Nurse Leader Rounding at U of U Health.

Nurse Leader Rounding fosters meaningful connection, deepens our understanding of our patients' experiences, and helps us improve as a system. Nursing and education champions Breanna Brannan and Kim Mahoney outline what the process looks like for Nursing Professional Development Practitioners (NPDPs) and offer tips for making connections with patients.