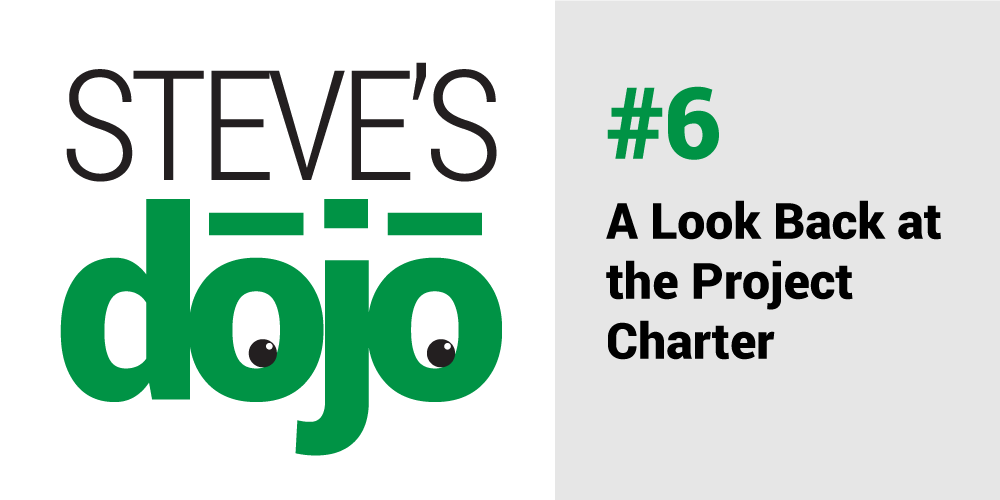 the beginning there was the project charter. And it was good.

And so it was written: The dawn of each value improvement effort shall be heralded with a flourishing preamble penned by a righteous facilitator, called forth to guide talent from across the enterprise to elucidate their purpose. Team members would be recruited. Background statements would be crafted. Goals would be parsed from objectives. Scopes would be… scoped. And finally, after multitudes of meetings and revisions, the fruits of their labor… the Project Charter… though worthy of framing, would be filed away and forgotten.

And as the sun set on the bold and courageous effort, the project liege would chronicle their adventures in PowerPoint and recount their gallantry by projector light. The delivery was sonorous; the bullets, florid; and the megabytes, plentiful. At the close of questions, an ovation would erupt. “Send me your slides!” they would cry.

That was a dramatic retelling of actual history. Here’s the plain version.

As recently as 2013 we asked value improvement facilitators to develop a “charter-lite,” a truncated version of the classic charter. Class participants were taught that the charter was an agreement among active project stakeholders, a sort of constitution for your project. Once completed, it was rarely consulted. Then the team would do a bunch of work (or not) and at the end of the project, record their work in PowerPoint. And it turns out you can hide a lot of non-work in a charismatically delivered PowerPoint presentation.

The charter-lite was replaced by the more economic and much more useful value summary. Charters are still appropriate for some projects such as major IT installations or capital improvements. (Charisma and PowerPoint have their places too.)

Facilitation is the art of guiding a team through a problem-solving process. It requires a set of skills that can be learned. In this week’s dojo Steve takes on the first of many facilitation topics. This is where we leave the linear process space and enter the equally important but circuitous people space.

Standard work is a visual guide to accomplish a job quickly and accurately. We asked our resident etiquette expert, Patient Advisor Mary Martha Tripeny, to put this Lean tool to the test by creating standard work for thank you notes. The holidays are stressful enough. This year, when nagging your children to write thank you notes, give Mary Martha’s standard work a try.