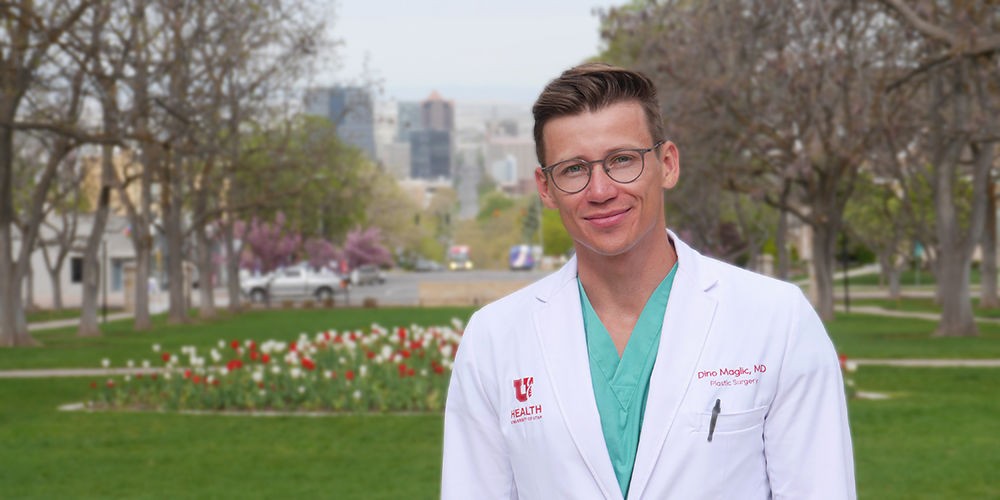 Emily Izzo, U of U Health.
improvement

Draw on a Wide Range of Evidence to Jump Start Your Improvement Project
Finding evidence to change the status quo isn’t easy; thinking about evidence in terms of how it persuades—whether subjective or objective—can make it easier. Plastic surgery resident Dino Maglić and his colleagues followed their guts and saved money by improving the laceration trays used to treat patients in the emergency department.
Dino Maglić

The problem and scope

he majority of consultations seen by the plastic surgery division residents in the emergency department include patients with facial lacerations and hand trauma. Residents treating these patients have two sets of surgical instruments available. The first is a laceration tray that is readily available and disposable, but is small and poor quality. The second is a larger laceration tray that is high quality, preferred by residents, and is used in operating rooms, but is reusable and must be sterilized.

When we started our project, the emergency department only had two of the high quality trays. Since on a given night there are roughly 10 consults, meaning residents had to fall back on the disposable sets. Aside from being less preferred by residents, there was also a sense that the smaller trays yielded sub-optimal results for patients.

The solution: Data can be persuasive—use it

We created a team of all 13 plastic surgery residents, lead by Dino Maglić, Jared Garlick and our attending advisor Courtney Crombie, to determine if we could get better quality instruments in the laceration trays to provide better outcomes for patients visiting the emergency department.

We began by surveying the residents about their preferences so we could get buy-in from the people using the trays. The survey assessed perception of quality between the disposable and non-disposable laceration trays. Residents expressed a preference for the non-disposable trays and they also perceived them as higher quality.

That subjective data laid the groundwork for collecting more objective evidence by going to central sterile processing to determine the prices of the instruments that are on the laceration trays that were in use, compared to the preferred instruments on a new laceration tray. We determined we could create a smaller laceration tray that was both re-usable and superior in quality.

We determined the cost of 10 trays with the assumption they would last 5 years before being retired due to damage or loss. We then worked with the value analysis team to determine how many disposable trays were used over a 5-year period, and what that cost. From there we were able to estimate how many times the reusable trays would need to be sterilized, and the cost for cleaning those trays. 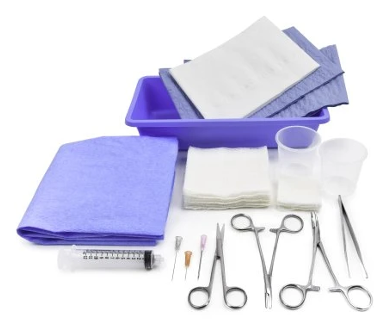 Click here to read more about the implementation of new non-disposable laceration trays in the Emergeny Department.

Based on the number of disposable laceration trays purchased by the emergency department as well as the hospital storeroom, we estimated the total 5-year cost of these kits would yield a cost savings of $15,187 over the same period. That was enough for the hospital to support the project and adopt the proposed change.

Second, build on subjective experience with objective data. Each piece of evidence must be persuasive enough to merit more evidence. To drive change within a system you also must have some sort of objective evidence. We demonstrated that there was an objective cost benefit to making the change. The cost savings helped people listen and gain interest in making the improvement.

Third, be passionate about it. People tend to listen more to the evidence in your baseline analysis when you demonstrate passion for the project. If you see something to improve, go for it. And if you're not able to find that subjective or objective evidence that's convincing, you’ll still learn something that you might use toward a future project.

Your gut tells you a process could be better than it is—how do you back that feeling up with hard data? Senior value engineer Luca Boi shows how undertaking a baseline analysis can jumpstart your improvement project.

Why do some organizations thrive during a crisis while others flounder? Iona Thraen, director of patient safety, joined forces with her ARUP Laboratory colleagues to learn how the world-renowned national reference lab adapted to the pandemic. Leaders created a culture of safety by putting innovation, learning, and patient-centered care at the heart of all their efforts.