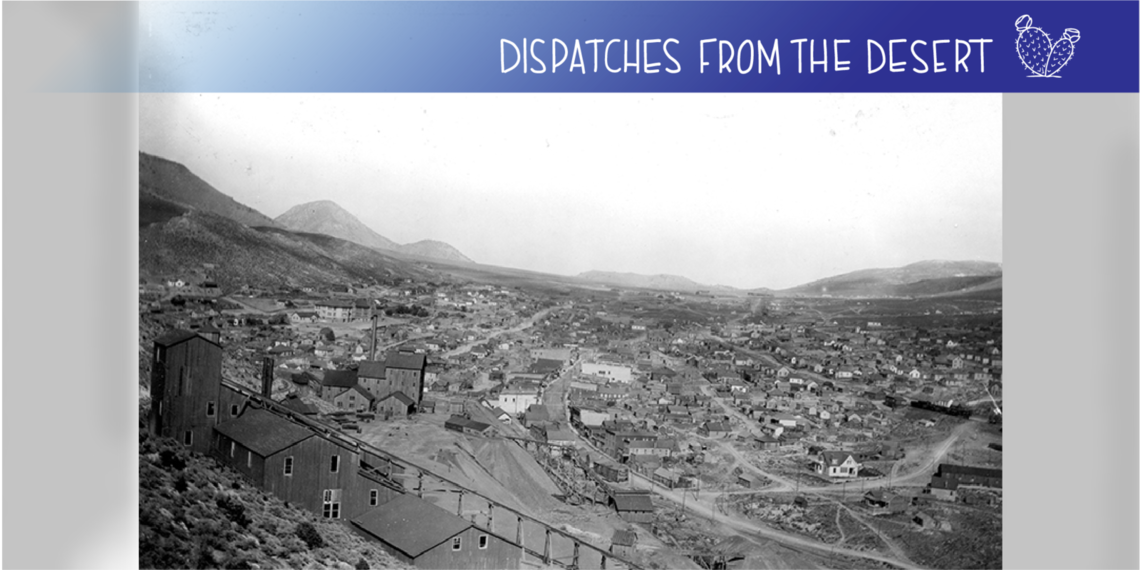 he first thing my grandmother did when we walked in the door was say, “Go wash your hands.” And from childhood through adulthood, that is exactly what we did. She also had endless cleaning supplies, but mainly disinfectants, especially bottles of Clorox. She was famous for cloroxing hotel keys before she entered the room — or putting everything she owned in plastic bags. In fact, my grandfather use to say, “When I die, Kathryn will take me out of the house in a plastic bag.”  Well, not quite.

But everyone in the family just chocked it up to a neatness fetish – Mimi’s obsession.

I didn’t really think much about this until I became obsessed with washing my hands and repeatedly asking Brooke if he had washed his. It occurred to me the other day, I was becoming just like my grandmother. And then, it struck me, “Eureka!” As in Eureka, Utah, during the 1918 Spanish flu pandemic. My grandmother and her siblings would have been living in Eureka during that time.

Kathryn Blackett Tempest was born in Nephi, Utah, on August 6, 1906. Her family moved to Eureka, a town just thirty miles away, famous for its rich gold and silver mines. Her father Lawrence Blackett took a job as the secretary-treasurer for the Copper Prince Mining Company. He became a member of the Utah State Legislature from this district in Juab County. She would have been twelve years old at the time. The eldest child of six siblings, she would have been responsible for their care when her mother, Florian Cazier Blackett would have been occupied. Looking back, I now remember stories told by my great-grandfather Lawrence about having to put up large quarantine signs in the window of your house if someone was afflicted with the flu. I also remember them talking about having to wear white gauze masks. All this under the shadow of World War I.

In her thesis titled, “War and Disease: The Politics of Public Health in the State of Utah during the 1918-1919 Influenza Pandemic,” Janet Cannon Dubois writes “..in some other outlying communities…the crisis was heating up. Eureka, a mining town with a population of 3500, had thirty deaths in two weeks. Only about thirty percent of the miners were reporting to work each day; some were ill, and others were caring for the ill. The high school was turned into an emergency hospital and most of the dead in Eureka were the heads of families. At the Chief Consolidated Mining Company, five shift bosses had died. On November 6, there were over 200 cases of flu reported, thirty were expected to die, and twenty bodies were at the undertaker.”

I try to imagine my grandmother Kathryn as a twelve-year old adolescent girl, looking outside her window with her brother Marx and her sisters Marion and Carol, witnesses to so much death and sickness around them. Stories of the bodies of the dead being transported down the street must have been the source of nightmares and suppressed grief as undoubtedly these would have been people my grandmother knew in the tight community where her father was a local state official.

Not until now, have I appreciated this part of our family history that extends to state history and spills into the world’s most deadly pandemic. No one was immune. 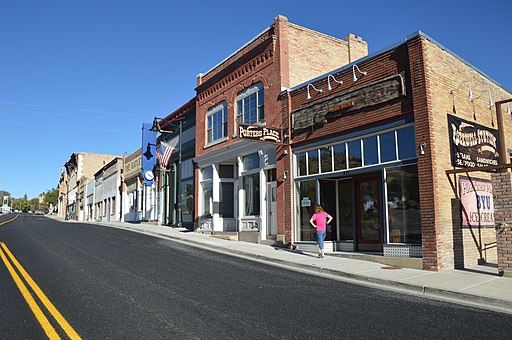 It’s hard to comprehend 500 million people contracting the Spanish flu world-wide, with 50 million people dead (one third of the world’s population at the time). In the United States, it is reported roughly 675,000 Americans died from the flu, more than ten times more than were killed in World War I.

In reading historical documents and records, much of the same political tensions and rhetoric were in place in Utah: those citizens who supported strict adherence to staying home, washing hands, wearing masks and taking the influenza pandemic seriously; and those members of the state who were strong advocates for keeping businesses and schools open, who also felt the flu was overblown by the media and medical establishment — these Utahns wanted the state to return to life as normal and as soon as possible.

In 1995, The Deseret News reflected on the 1918 flu pandemic, “…an eerie sense of desertion was found on downtown Salt Lake streets. Along eight blocks of Main Street he spotted one human wearing a mask – a guard checking business doors – and two black cats.”  The article goes on to say, “But the ban on public assemblies was hard to enforce when news of the November armistice ending the war was announced. People “went mad” in the streets of Utah’s communities, restrictions or not. Health officials tried to cancel parades, but city officials insisted.”

Utah State Board of Health Secretary Dr. Theodore B. Beatty would have been the beehive state’s Dr. Anthony S. Fauci. He was greatly respected and led decisively during the 1918 -1919 flu pandemic in Utah. He divided the state into five regions, each one with a directing physician overseeing the outbreaks. On October 10, 1919, Beatty established a ban on all public gatherings, closed churches and schools until January 1919 in order to keep Utahns safe. At times, he was met with ferocious opposition, fighting legislators and businessmen who wanted to open commercial establishments and schools in the name of the economy. Not so dissimilar to today’s protests in various cities where a radical few are calling for “liberation” instead of “lock down.”

The same conflicts between federal and state control were in play then as they are now, as well. Some thought President Woodrow Wilson did not do enough to quell the pandemic, that he did not act soon enough and that he should be doing more — while others thought the leadership should be left in the hands of the states. But in 1918, Beatty held firm with his own vision and expertise as a doctor with the support of Governor Simon Bamburger.

Even so, Utah was hit hard. Doctors and nurses were few. They were understaffed and overworked. Emotional distress was high. Every county in the state reported infections and outbreaks. Eureka was hit especially hard as a mining community where men worked in close proximity to one another and the death toll was significant. Some towns like Ogden and Park City demanded people carry certificates signed by doctors saying they did not carry the flu. This same practice and protocol was extended to any passengers getting on trains. No one was accepted on board without a certificate of health. Masks were mandatory. The small desert hamlet of Escalante had 200 cases reported at its peak. In Moab, after January 1, 1919, there were 250 cases reported with 500 people contaminated with the flu at its peak the end of January.

But no population in Utah was hit as hard as the Native communities. It is reported that 2000 Navajos or Diné died on the border of Utah and Arizona. Anecdotal accounts say “whole families were wiped out, leaving their herds wandering over the hills at the mercy of the wolves.”  Altogether, in the Four Corners Region, 3293 Native people died — Navajo, Hopi, Ute Mountain Ute among them. And on the Ute reservation in Uintah County, 62 deaths were recorded.

In the end, after the pandemic had moved through the state, historian Leonard Arrington said, “…at least 91,799 Utahns had been infected and 2,915 had died.” It should be noted, indicative of structural racism at the time, deaths among the indigenous communities were not included in this state total. As appears to be the case in today’s COVID-19 pandemic, the reported numbers of contagion and deaths were likely to be greatly underestimated.

Utah registered second in the nation (South Carolina came in first) as having the highest death rate from the disease with 180.2 deaths per 100,000 people.

It is easy to imagine the trauma that accompanied those who lived through the Spanish flu pandemic. I believe my grandmother must have been one of them. Death became common place accompanied by the terror of contracting the flu which brought on a vigilance and conscientiousness that would follow you for the rest of your life.

Now, when I wash my hands, I do not think about singing “Happy Birthday” for 20 seconds, instead I look in the mirror and see my grandmother’s face close to a hundred years ago harboring similar fears as my own, not just for her, but for those she loved.

Terry Tempest Williams is a Utah native, writer, naturalist, activist, educator—and patient. On the tenth anniversary of the beginning of the oil spill in the Gulf of Mexico, Terry reflects on ecological change, the coronavirus, and the power of friendship.

Terry Tempest Williams is a Utah native, writer, naturalist, activist, educator—and patient. Here, Terry shares the many ways artists and authors are responding to the full range of emotions of life during COVID-19.