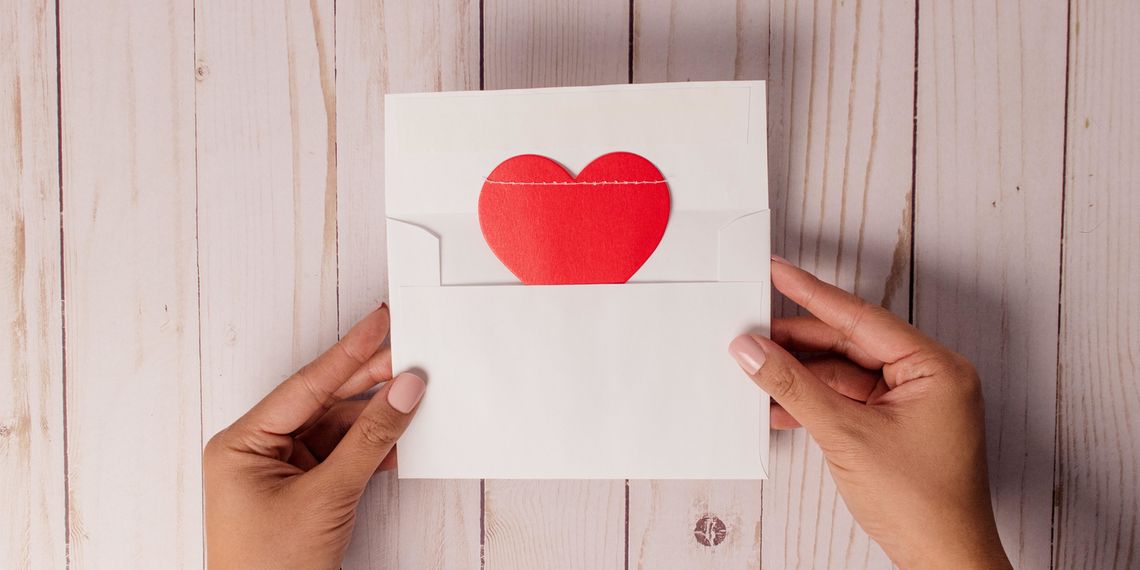 A Love Letter From Pakistan
Harvard Divinity School student Minahil Mehdi shares a letter of love and hope in this tragic time that comes from a place of personal experience.
Minahil Mehdi
I

am from Pakistan and sometimes stories become difficult to tell because of the different ways in which we mark time. Language is one constraint, but language still has in it a flexibility of being translated, but how does one translate time?

Time: This is in the aftermath of what we call the APS attacks. It was 2016. Armed men entered a school and opened fire. 144 passed away, around 140 of them were children. After this incident there started a wave of fear in educational institutions; with many of them getting shut down intermittently and many remaining open because children had nowhere to go.

I was in the courtyard of my college, there were about twenty of us. There were rumors of an imminent threat. Some students went back to their homes, some stayed. There was fear, there was the possibility of violence, bloodshed, an end to young lives.

We didn’t know what to do, how to protect, how to fight. We had nothing except our spirits which were determined to not let fear overtake. That was as important to survival as anything else—I am surprised we thought of that, in the midst of all the chaos. But we did, somehow. Somehow the miracle of fearlessness extended its hand on our heads. Blessed us, and so we gathered together in the courtyard and told each other stories.

We had nothing except our spirits which were determined to not let fear overtake.

We read poetry and shared anecdotes. We promised to never let go of hope. I was sitting there, a friend of mine walked in. Due to a grave error and the reckless possibilities of the human heart, I had fallen in love with him. He graduated college a year ago, and knew somehow that I’d be in the courtyard on a day like this. From his office, he came to sit next to me, as though the rumors of an attack on our college were just like wind that blew every day without any consequence.

There was not much to gain, not much to lose, so I asked him what he was doing there. He never had a lot of words to say. He spoke in metaphors sometimes, and at others by pointing to birds in the sky that were just flying away. He was always happy to borrow though, words, thoughts, ideas, travels, energies and everything in between. He borrowed a lot, and returned more than he had taken in. He was bad at calculations like that, and that is just who he was. So he said a verse from a song both him and I loved. It said

I take back what I said above, translating language is not easy, especially words that are about a love of a different kind. A love that is there, persistent, stronger than anything except for companionship. I will not try to translate the verse because I will get stuck at the words “meri jaan”. Meri means “my” and jaan cannot be equated to a word in English but it can be a combination of “life, darling, existence”. The verse translates into something like this; who can care about what will or will not happen, my love/ the most that will happen is that we will die right here.

I rolled my eyes and walked away because I was on the mission to be out of love. Both of us knew that was the only way to survive.

Today, I look back at the time, when danger was so near but so was love. So was the luxury of rolling your eyes at it. Today, as I write letters to first respondents, doctors, nurses, paramedical staff, people putting their life at risk for all of us and people who are struggling for their lives, I wonder what I have to give to them. Maybe not much.

But I can tell you one thing, I have only ever felt everything very deeply and I have always wanted to share my gifts and the greatest gift I have is that of love. No matter how endless the pain, it becomes negligible in the face of goodness, beauty and love. It fades away eventually; the grief. I can tell you because I have been in the center of it. And I have been in the center of love.

No matter how endless the pain, it becomes negligible in the face of goodness, beauty and love.

So I hope that all of you find comfort close to you, if not at home then while walking down the street, if not on the street then I hope it dawns on you with the sunlight, if not from the light than from the rain. I hope you feel that you are in the embrace of love and care. That even if it doesn’t last, it is true in that moment when it extends its arms to you. I hope you can wrap yourself around those arms and just sob. And then sleep. Dream. Walk without constraint, and wake up happy. In bliss.

I hope that you find yourself in the midst of love, especially in this tragic time. I hope you find it like I found it and also had the luxury of rolling my eyes at it. I hope you find mercy, and a million and one reasons to smile.

Minahil Mehdi is a student from Pakistan, undergoing her Master’s program at Harvard. These works are part of the “Beauty in a Broken World” healing health care series.

There are few experiences like a liter of fresh mountain water straight out of the waterfall—it is cold, it is clear, it has the terroir of the local landscape. As the spring runoff swells, Harvard Divinity School student Dan “Shutterbug” Wells reminds us of the bounty that surrounds us.

Patrice Hicks shares her personal story of struggles and loss during the pandemic, and her glimmer of hope for the future.

Simulation Center director Madeline Lassche shares her personal story of grief and struggle from last year, and how the support of her family and team members has guided her through it all.