A Gift From the Far East
Learning from a fourth-century Chinese thinker today is an act of finding beauty in this broken world. Harvard Divinity School student Minahil Mehdi shares wisdom for the present from the distant past.
Minahil Mehdi
M

engzi, a follower of Kengzi, also known as Confucian, had his teachings compiled in the

Analects that are both profound and oddly relevant in the present day. In the middle of a crisis it must be difficult to grasp time periods and the vastness of distance between different regions. I say this bearing in mind how difficult it is to love, forgive and be mindful when many around us blatantly ask us to blame people, communities, eating habits and bats. It is difficult to hold each other together, especially our heart and let go of the background noise asking us to hate. Yet, it is important to mute the background ruffle.

Especially today, when misfortunes are being traced to the Far East. In the time of Mengzi or his predecessor Confucian the possibility of anything traveling—teachings or disease—to a place thousands of miles away was very little. Our current reality in every sense of the word is difficult to fathom, the dread of how long this will last is scary. I invite you all, for a few moments, to imagine a different time. A time of your preference; an ultra-modern robotic future or a simple life on the mountains, anything to your heart’s content.

In a time of your preference, I give you some quotes from our friend Mengzi, who believed that one must turn to the heart when all else failed. Imagine if you could sing some of his words along your favorite tunes, as winds passed touching your neck softly, and air gently filled your lungs. Everything was simple, smooth, even happy. Imagine Mengzi, who lived in China when it wasn’t known for a virus alone, imagine his frail body giving you a glass of water, to dip your hands in. And imagine all your sickness dripping out of your fingers as you heard him say this:

Isn’t this last quote, "some labor with their hearts and some with their physical strength," most evident today than in any other time that we have witnessed? While frontliners are fighting against the virus and putting their own lives at stake we have others trying to show support. Some by writing, others by praying and a few by hanging thank you notes on trees, poles and windows. This is a time for extraordinary difficulty, but it is also a time for extraordinary beauty.

Bringing our friend Mengzi from China, 4th century BC was intentional today. It was the act of creating ripples of harmony when those ripples can be seen as damaging just as much. It is not an act of redemption, for who do we blame and how do we redeem them, when the entire world was being set on fire, by each one of us, more or less, knowingly and mostly unknowingly? It is an act of standing together, no matter how difficult it is. Holding hands, no matter how forbidden it is. Learning from Mengzi today is an act of finding beauty in this broken world and I hope that it reaches your heart and hugs it tight till you feel you are sheltered. 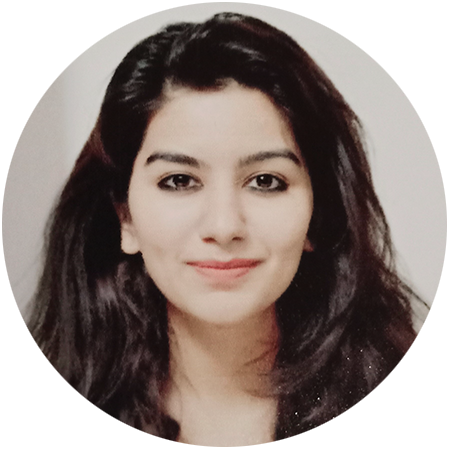 Minahil Mehdi is a student from Pakistan, undergoing her Master’s program at Harvard. These works are part of the “Beauty in a Broken World” healing health care series.

Harvard Graduate School of Education student Martha Schnee reflects on what she has lost due to the pandemic through the lens of all she has gained.

Patrice Hicks shares her personal story of struggles and loss during the pandemic, and her glimmer of hope for the future.

Simulation Center director Madeline Lassche shares her personal story of grief and struggle from last year, and how the support of her family and team members has guided her through it all.