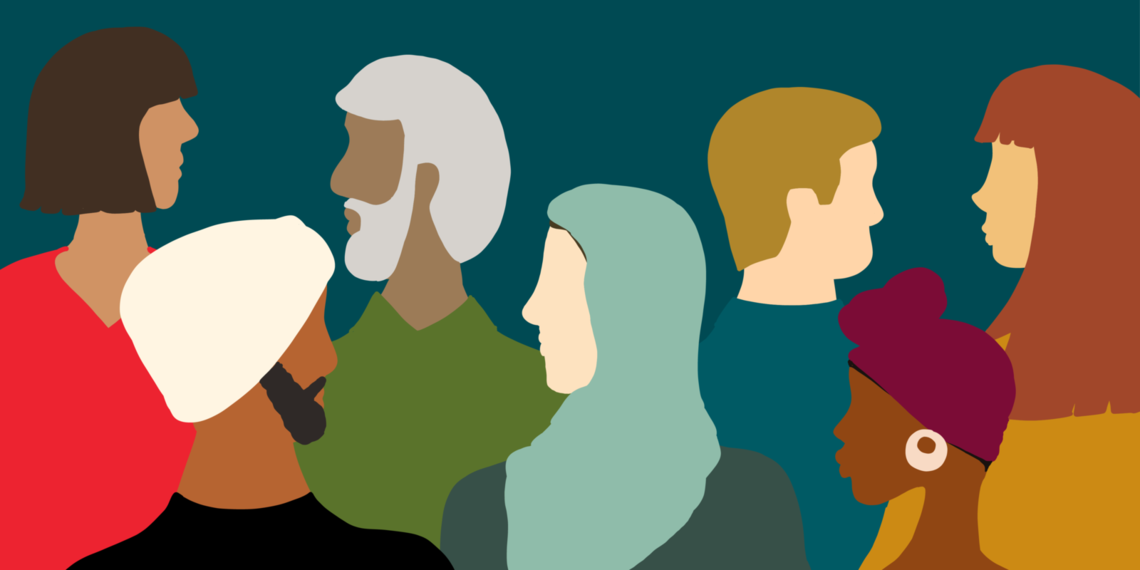 Marcie Hopkins, U of U Health.
equity

Be Mindful and Educate Yourself: Black Patient Voices
The crises of Covid-19 and police brutality have highlighted systemic racial inequity in the United States and the need to consciously dismantle the forces that cause racial health disparities. PA students Scarlett Reyes and Jocelyn Cortez brought together Black patients at the University of Utah to share their experiences. Their advice: build cultural competence and be mindful of microaggressions.
Jocelyn Cortez and Scarlet Reyes

recent months, the entire country has engaged in a broader discussion about the lived experiences of African-American and Black people (as well as other People of Color). Racial health disparities suffuse the United States health care system. Black people were prevented from accessing health care, physicians, and hospitals for the majority of the last two centuries. In addition to poor access, Black people faced a long history of unethical medical experimentation at the hands of researchers and physicians.

Health care providers have a duty to care for patients regardless of their race, nationality, or ethnicity, but there are still lingering ways that the health care system can alienate Black people. The more providers can understand these dynamics, the less likely they are to perpetuate them in practice.

Every patient’s needs are unique, but there are also specific health needs for various communities based on their racial and ethnic background. The medical community — either willfully or subconsciously — has long operated on persistent myths about biological and genetic differences that don’t exist between white and Black Americans, yet still influence the care that is provided (or not) to certain patients. In 1990 the American Medical Association (AMA) formally noted it, saying, “Disparities in treatment decisions may reflect the existence of subconscious bias...The health care system, like all other elements of society, has not fully eradicated this [racial] prejudice.”

At the same time, there have been few studies and only limited attention paid to diseases that people in the Black community are more likely to experience, like sickle cell anemia. This creates a gap in the quality of care available to Black patients.

To overcome these things, medical providers and students must build cultural competence by seeking out information about minority populations in order to provide a higher level of care.

One patient shared her positive experience with a clinician who personalized her care. At her OB-GYN for the first time after moving to Utah, the patient spent the visit describing her health history. As a person with beta thalassemia, a condition more common in African-Americans, she was prepared to explain the disease in detail to the physician. Before she could, he stopped her and said he already knew what it was, then provided her the paperwork necessary to get a genetic test approved by her insurance to determine if her child would have the condition. She was relieved that he was aware of her needs, and understood her condition and potential risk factors.

Providers can also overcome inequities by simply listening and building trust with patients. While knowing about specific risk factors is important, it’s critical that you don’t jump to conclusions about what a patient is dealing with simply because they are Black or belong to another racial minority group. Taking a few extra minutes to learn about the person’s back story and experiences makes that person feel heard and validated, rather than just a checklist of symptoms.

We want to acknowledge the imperfection of the term microagression. In his book, How to Be an Antiracist, Ibram X. Kendi points out how microagression downplays what is actually racist abuse—abuse that is neither micro or minor. Kendi explains that the term abuse more accurately "describes the action and its effect on people."

Be Mindful of Microagressions

The term “microagression” has been used a lot in our national discussion about racial inequality, and Jenée Desmond-Harris of Vox provides a simple definition to frame the discussion:

“The kind of remarks, questions, or actions that are painful because they have to do with a person’s membership in a group that’s discriminated against or subject to stereotypes. And a key part of what makes them so disconcerting is that they happen casually, frequently, and often without any harm intended, in everyday life.”

Microagressions are usually less overt than outright racism, but they can be just as harmful. They are the manifestation of subconscious feelings that a person is different from you.

One patient shared that doctors often discount what he says he is experiencing. It’s the subtle dismissal of his symptoms as not being a “real problem.” It also shows up in the way that doctors are suspicious when he complains of symptoms like back pain, and the psychological toll of wondering whether they think he is “doctor shopping” or exhibiting medication-seeking behaviors simply because he is a Black man. He has even discounted or minimized his own symptoms, not seeking care because he worries about what white providers might think.

One patient described a story of her grandmother’s distrust. When she took her grandmother to the doctor, the physician couldn’t figure out what was wrong. Rather than taking a more scientific approach to the problem, he seemed to be just guessing. Her grandmother already mistrusted the medical community after living through the era of the Tuskegee experiment, and as the doctor continued to “experiment” instead of use a more evidence-based approach to solve her health issues, it only exacerbated that mistrust.

In addition to the Tuskegee experiment, there unfortunately have been many other research studies conducted on minority communities without their consent.

Another example is Henrietta Lacks, whose cancer cells were taken without her knowledge in 1951. Code named HeLa, these cells have impacted the advancement of modern medicine, but to the detriment of Lack's family members.

Chronic stress from racism and microagressions adds up over time. It is exhausting for Black people. There are ways for individuals to cope, but it’s also important that we address the systemic nature by making changes at an institutional level and as individual providers.

Collectively as a society we’ve been engaging in difficult discussions about systemic and institutional bias toward Black, Indigenous, and People of Color (BIPOC) communities. For some it’s uncomfortable to address and acknowledge the way your own behaviors are contributing to disparities, and that’s okay. We all have to get uncomfortable in order to grow. As providers and caregivers, it is the only way to ensure that every patient gets the same level of care and compassion, regardless of their personal history or racial background.

This conversation is adapted from a panel discussion hosted by University of Utah’s Office of the Associate Vice President for Health Equity, Diversity, and Inclusion Patient Voices series in February 2020. We partner with advocates and leaders who work with underserved individuals and populations.

Photo of panelists and Patient Voices team by Kia Wilson, UPAP Class of 2021.

The panelists in February’s discussion included:

This article was developed in partnership with the Office for Health Equity, Diversity, and Inclusion, the Organizational Development team from Hospitals and Clinics Human Resources, and Accelerate.

As Redwood Health Center’s program coordinator serving new Americans, Anna Gallegos has learned valuable lessons that can help all of us better care for patients of refugee background and vulnerable populations. Here are three suggestions to help make caring for patients easier.