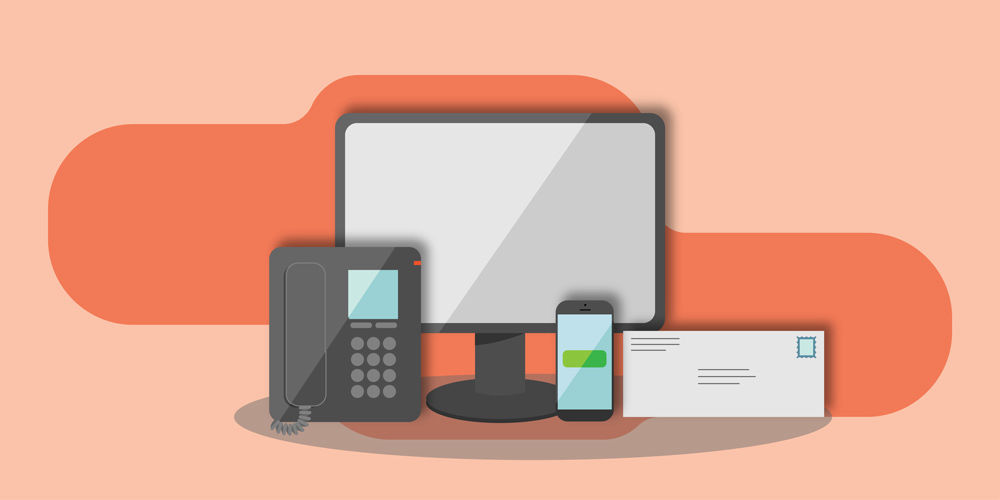 I get overwhelmed by all the ways to communicate with my staff: email, text message, phone, Twitter, Instagram, in-person meetings. I worry that if I don’t use the right tool, people won’t get my message—or, worse, they’ll misunderstand me. Help?

Overwhelmed in my Online Office

How long is too long? If an email is longer than your iPhone screen (and I have the small iPhone), your message probably shouldn’t be an email.

Are they reading it? I find that most people put off reading long emails. Any message that requires more than a yes or no from the recipient should probably be a phone call.

When do you need an in-person meeting? When being connected, airing grievances, or understanding emotion is necessary.

nyone who has ever received a break-up text (speaking for a friend), knows that how you say something can be just as important as what you say. The late Canadian media theorist Marshall McLuhan coined a brilliant phrase to describe this phenomenon: “The medium is the message.”

The way you choose to talk to someone—the tool or medium you use—influences how that person receives your message. A belated happy birthday text from an old college friend will bring a smile to your face, while one from your spouse will turn that smile upside down.

What you say must fit with what you’re saying . It’s a concept called decorum. At first glance, it sounds old-fashioned, but I don’t mean decorum in the sense of etiquette (though etiquette does play a role here). Decorum also has a rhetorical, or persuasive, function.

Decorum requires a certain generosity on your part. It means approaching people the way they hope to be approached. If you’re trying to persuade your co-worker to a new point of view, speaking the way she speaks is good practice because it gives you a greater chance of reaching her.

The best way to learn is through observation. Failing that, try asking: What’s your preference for when I communicate with you? Ask them specifically—Text? Call? Email? Walk down the hall and pop in? Especially if it's someone you will be communicating with frequently, ask them what they prefer.

I often prefer phone calls and text messages, but my colleague Kristen has a strong preference for email. We try to accommodate each other’s preferences by delivering important messages in our preferred mediums.

What About People You Can't Ask?

Data exists to guide your decisions. This 2014 Gallup study on Americans' communication preferences is a good indication of where you should start. The bottom line: there is a slight preference for texts and phone calls—but people still read email. 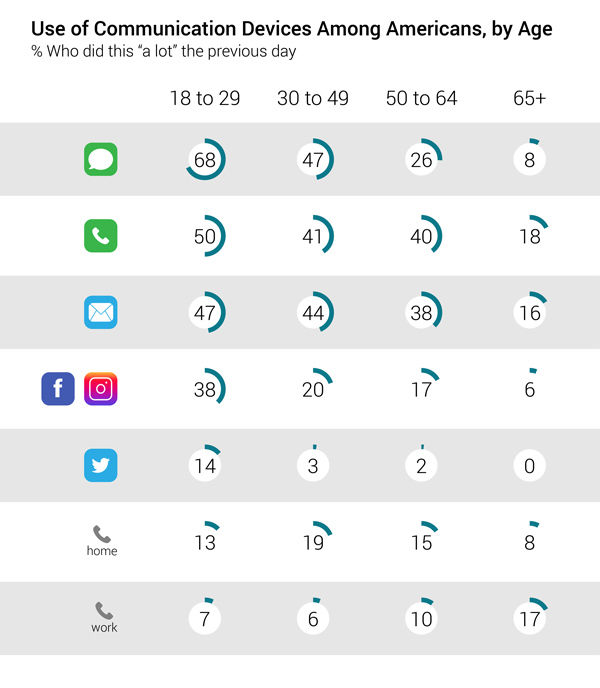 Adapted from Gallup: The New Era of Communication Among Americans (2014).

More from The EC

◰  The Medium Is The Message

◱  How to Run a Meeting

◲  How to Craft a Story

I know, I hate it too. But you can bet it’s one of the first and last things I do every day.

The Effective Communicator is Isaac Holyoak. Isaac is a contributing editor for Accelerate and leads communication for University of Utah Health Medical Group. He received a Master's in rhetoric from the Brian Lamb School of Communication at Purdue University and taught speech, argumentation, and debate to undergraduates in Indiana and Texas in his pre-health care life.

Is a more meaningful meeting possible? The Effective Communicator teams up with Megan Call of the Resiliency Center to help you start your meetings right.

It might seem basic, but just calling someone by their name is one of the most powerful forms of recognition a physician can give their team. Moran Vision Services administrative director Brent Price and physician and vice chair Norm Zabriskie share the many lessons they learned from putting employees’ voices at the center of resilience efforts.