Perpetual High Alert Is Not a Safety Plan
When a mistake happens, we promise we will never let it happen again. The problem is that a personal vow doesn’t change the way the system operates. Value engineers Steve Johnson, Cindy Spangler and Will McNett look at common personal incident—backing into the lamppost in your own front yard—as a lens for eliminating risk.
Steve Johnson, Cindy Spangler and Will McNett
In

January, I (Steve) experienced a harm event in my personal life. I scraped my car against a lamppost while backing out of my driveway. It’s not a personal sentinel event and I didn’t inform my insurance company. 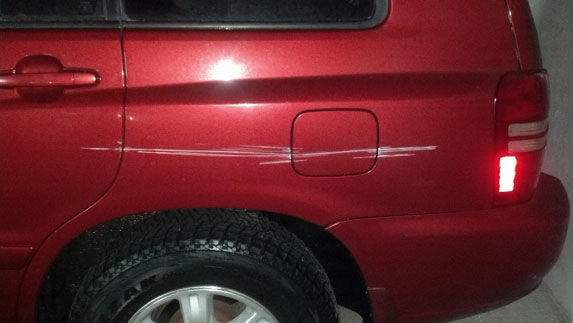 I’ve lived in this house since summer 2010 and have backed out of this narrow driveway, past this stone lamppost, roughly 1,900 times. By the way, we never turn that lamp on and it serves no other purpose. You’re looking at the scene of the incident. 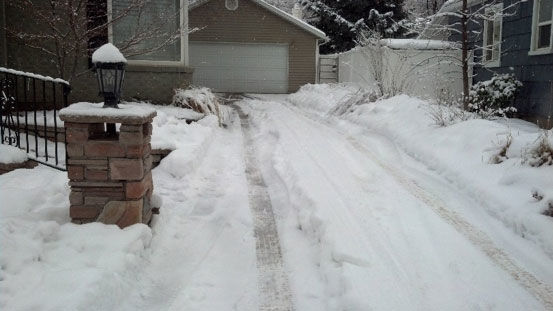 Back to my incident—I hit the lamppost. Am I a worse driver now than before? My outcome stats would indicate that I am, because before this incident my failure rate was 0%. Now it’s 0.05%. But I’m the same driver. My capability to back out of the driveway did not diminish.

So what is the difference? Was the risk higher than other mornings? Not really. Day-to-day risk remains about the same with slight fluctuations due to the environment as snow and reduced visibility, but the chance of scraping the lamppost has always been there independent of the driver and independent of the vehicle.

What really happened? Why did I scrape my car? When my wife hit the lamppost 6 years ago, we had a corrective action—she promised to be more alert when backing out. However, this corrective action did not change the layout of the driveway or the process and therefore the risk of hitting the lamppost remained the same. In order to address the risk, I need to remove the risk—the lamppost—which will eliminate the reason why we both hit the lamppost and eliminate the underlying risk in the process. The driver (the human factor) cannot be changed but I can change the system that I drive in. My original plan—perpetual high alert—was not a plan.

The most maddening part is that I could have removed the lamppost any time. I literally could have taken a sledge hammer to it even before we moved in. It required a tragedy (okay, a $400 inconvenience) to spur me to action, but that lamppost is coming out.

The take-away: Look at the system for underlying risks. Training staff to stay on high alert is not a safety plan.